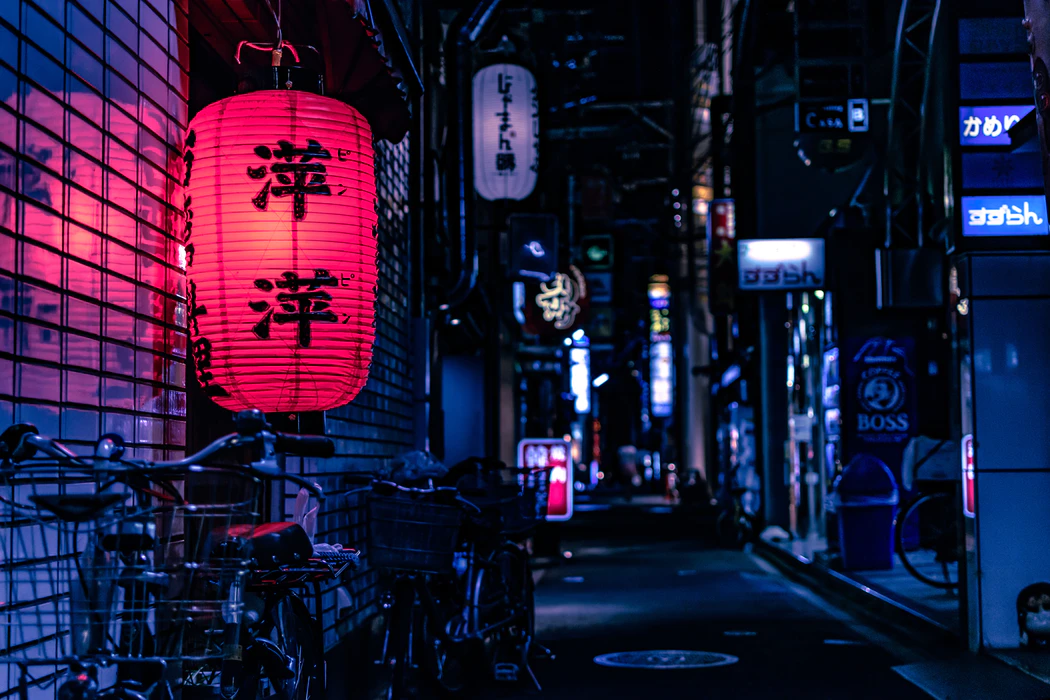 Have you ever missed a call from an international number that you didn’t recognize, and been tempted to call back? Don’t. You may become another victim of “wangiri” — a scam that could result in massive charges on your next phone bill.

WHAT IS WANGIRI FRAUD?

Wangiri originated in Japan. This particular type of phone fraud was previously localized there, but over time it has become an epidemic in the worldwide telecom industry. The Japanese term “wangiri” means “one-and-cut.” That is, the phone call is cut off after one ring. This type of scheme relies on the single ring method to make money.

Usually originating from an international number, the fraud relies on human nature to call back after missing a call.  Anyone who calls back is routed through a premium service charging exorbitant amounts, only to reach a meaningless recording.  To further the fraud, the recorded message might even say something to the effect of, “Hello? Hello? I’m having trouble hearing you. Hello? Will you please call back?”

Anyone Can Be a Target

If you have received this type of call, you can be sure that you have not been individually targeted. It is highly likely that the perpetrator has generated wangiri calls to a wide range of mobile numbers, which happened to include yours.

HOW IS THIS FORM OF FRAUD PERFORMED?

Wangiri relies on the use of auto-dialers.  These computer-generated calls are designed to be made to thousands of mobile devices. They place a call, wait for only one ring, and then hang up.  This seeks to exploit the subscriber’s curiosity. They call back what turns out to be a premium service, which charges them for the call.

Since this type of fraud relies on the use of robocalling, wangiri fraud can readily be set up remotely, using the following process.

WHO DOES THIS, AND WHAT PATHWAYS DO THEY USE?

It is usually fraudsters and international criminals who set up these scams.

Fraudulent traffic has been used as a tool for international crime.  Therefore, this type of fraud has implications that go far beyond a carrier’s commercial performance. A normal customer doesn’t accidentally launch a wangiri attack. Fraudulent traffic is intentionally created and is a high-risk safety threat.

The fraud can also be generated by massive SMS spamming campaigns. The deception occurs when unsuspecting customers notice the missed call or short SMS message, and then some of them decide to return the call or to dial the number from the SMS message.

The Role of the CLI

The calling line identity (CLI) is carefully chosen to make it appear as though the call was from a local number. This is more likely to entice the curious subscriber to call back. In fact, the source number is not local and is generally associated with a high-termination overseas rate.

Recent variations of wangiri involve calling cellular telephones from a location with similar country code to that of the subscriber, such as +1-809-XXX-XXXX, then hanging up, in the hope of the curious (or annoyed) victim calling back.  This too is wangiri, but using former +1-809 countries, such as 1-473 (Grenada), which appear to the subscriber to be North American domestic calls, but which are from Caribbean island nations.

This type of scam primarily targets customers of mobile carriers worldwide.  As a mobile phone can receive both voice and text messaging, it is the most susceptible device to this form of attack.

This type of fraud can occur at any time of day.  However, many attackers adopt a tactic of calling repeatedly in the middle of the night (from the victim’s viewpoint), to provoke them into calling back and incurring high telephone charges.

Cost to the Customer

Calling premium numbers can be costly, depending on your contract with your provider.  By this fraud, the customer may be redirected to a premium rate service which can cost up to $20 per call.

The number that duped customers call back may be a recorded message telling them that they have won a prize, and giving yet another number to call in order to “claim” it. This second number is usually a premium rate one. The so-called “prize” may be nothing more than a ring tone subscription — which can also be a fraud.

In another variation of this scam, the caller, claiming to be an official, leaves a voice message informing the victim that there has been an emergency, to which they must respond by calling back.

The latest version involves generating WhatsApp messages with contact attachments. Unsuspecting victims follow the attachment and incur a hefty fee when they call the contact.  This variation seeks to exploit trusting people who rely on social media platforms and is a trend that has become all too common lately.

Song From a Loved One

Another recent example of how fraudsters attempt to keep a customer on the line is through a statement such as, “You’ve received a song from someone who loves you. After listening to this song, you will find out who sent it to you as a gift.” The longer the customer stays on the line, the higher the charge incurred.

HOW TO REACT TO SUCH CALLS

If you receive an unexpected call from an unknown international number or unrecognized number, there are two simple steps to take to protect yourself from wangiri fraud.

If a customer does return a missed call and hears an odd message, perhaps similar to the example above, they should hang up immediately. The longer they remain on the line, the more they will be charged for the call.

Customers can perform due diligence as follows.

Costs are not suffered only by defrauded customers.  Providers also pay for wangiri through customer dissatisfaction.  Handling complaints and issuing refunds at the contact center costs money. Above all, there is bad publicity in social media and national news that has serious effects on a brand’s reputation and perceived trustworthiness.

In the latest CFCA 2017 global fraud loss survey, telecoms were reported to have lost close to USD 1.0 billion to wangiri fraud alone.  By being more proactive, operators can avoid much of the damage from a wangiri attack, saving hundreds of thousands of dollars, avoiding customer dissatisfaction, and protecting the brand.

Wangiri is not as serious as PBX hacking, due to the inherently low value of an attack that relies on unwitting customer behavior. It is a problem primarily due to the nuisance it creates in the form of spam calls and SMS messaging. This species of fraud has low barriers to entry, relative to PBX hacking, as there is no need to access a system. As it is constantly changing origins and destinations, it has become common and is hard to eradicate. Wangiri rarely reaches an immense scale, due to its reliance on customer behavior, which also makes it difficult to identify amongst normal traffic.

Though wangiri attacks are common, they are considered less severe — and therefore less significant — than other types of fraud. One carrier noted: “Wangiri attacks are just constant and all over. They don’t pose much of an issue due to low-value risk, but they are very visible to the end customers.”

HOW PROVIDERS CAN PROTECT THEIR CUSTOMERS

Providers can protect their customers by automatically blocking most of the numbers known to be used in fraudulent schemes.

An active approach to minimizing wangiri fraud would involve making consumers aware of the risk. There are several free apps that can be used to quickly check suspicious numbers. This would tell the customer whether or not the number is being used in a current scam. Several fraud management tools are readily available in the market to detect and prevent wangiri.  With proper advice from service providers, customers could maximize their use of such tools, reducing the risk of fraud.

As the customer is the primary focus of any business, telecoms must manage their customer complaints effectively. This will reduce the rate of customer turnover. All employees in the customer care department should know about wangiri and should know how to manage complaints related to this fraud.

To further mitigate customer attrition, most companies offer refunds.  Carriers like Vodafone don’t want subscribers to be out of pocket as a result of these scams and will refund all customers who have returned a call to a confirmed fraudulent wangiri number, usually making those refunds within 30 days.

Whenever a subscriber calls a high-risk destination after receiving a missed call, the operator should activate an IVR informing them about the potential danger of the call destination. This IVR warning would help the subscriber to decide whether or not to make the call.

To protect customers from phone scams, major carriers have introduced new technology to alert customers automatically when an incoming call is likely a scam. Such technology can be as simple a matter as placing the phrase “Scam Risk” in the caller ID portion of a message.

While some operators may detect wangiri call fraud by performing statistical analyses of call detail records (CDRs), this is ineffective in mitigating the risk and reducing potential financial loss. The analysis takes time and may be performed after the fact.  By that time the fraudster may already have changed the sourcing number for their auto-dialing algorithm.

Call monitoring and blocking is one solution for real-time detection and prevention of wangiri fraud. With the unique access to network data that carriers and some third-party providers have, they can continuously monitor all incoming calls, while running advanced analytics to recognize anomalies in call patterns. Real-time detection and action reduce the impact of a wangiri attack to a few tens of subscribers. It takes less than a minute from when an attack begins to take action to halt it.

A fraud management system (FMS) will assist the discovery of wangiri cases by monitoring the number of calls made by the fraudster. Machine learning can then play a significant role in detecting wangiri frauds more rapidly.  This requires a decent amount of computing power, and thus an investment by providers.

While wangiri fraud has expanded worldwide since originating in Japan, it amounts to little more than a nuisance in comparison to other forms of telecommunications fraud.  Reputable service providers are usually willing to refund customers any costs they suffer due to the fraud and have started implementing controls against the occurrence of wangiri.  Further education and customer due diligence should minimize the effects in the future.

But by following one simple rule — not calling back any number you don’t recognize — it is possible for an individual to completely eliminate the threat.